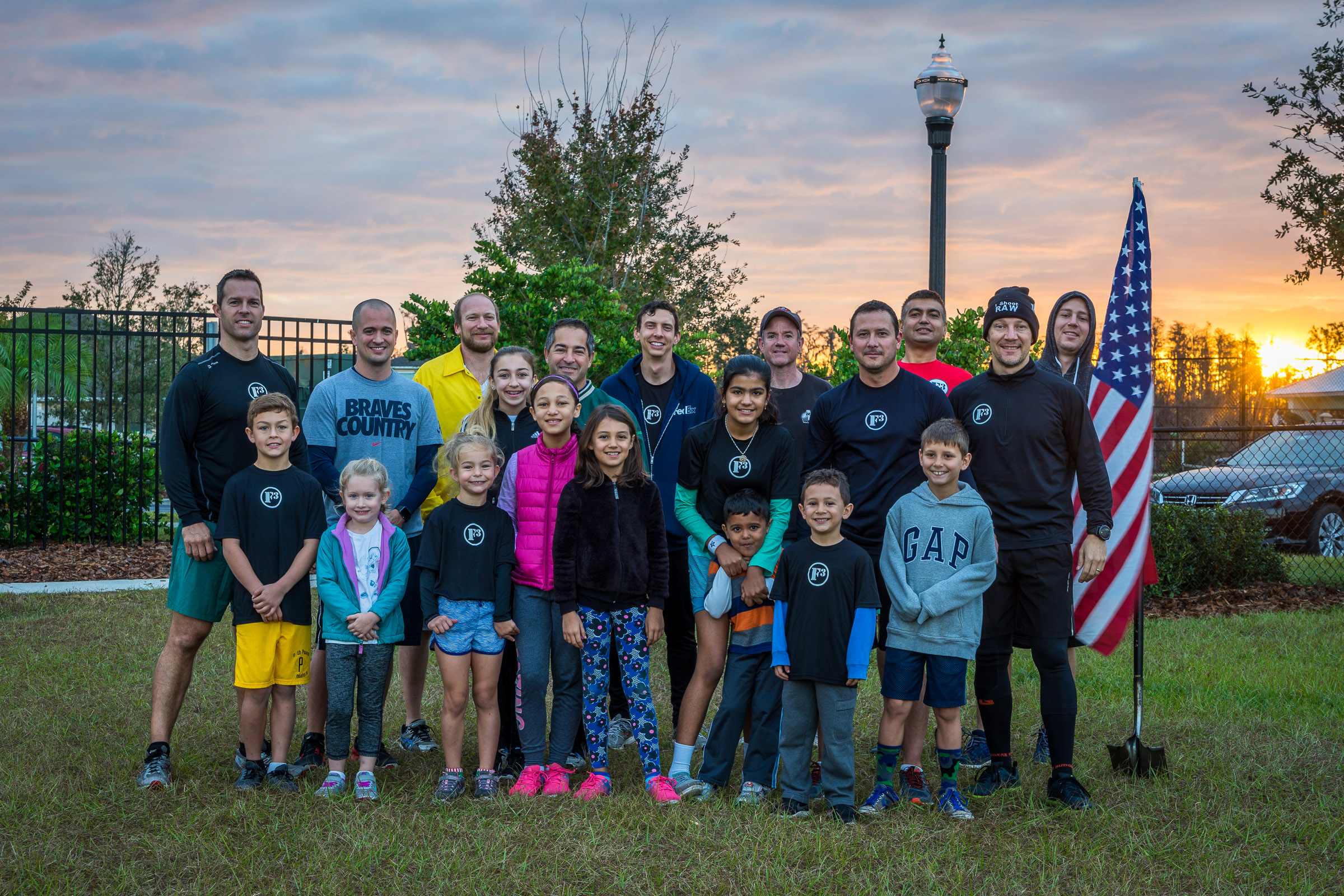 Excellent day for a workout with 2.0’s. YHC on Q. 19 PAX in total for today’s beatdown including our 2.0’s of course. Everyone arrived on time and looked to be ready to go. We started our thang on the Field of Pain. Flag was planted, quick disclaimer was given. We went ahead and faced towards the flag to say our Pledge of Allegiance.

Dive right in to Mosey around the dog park and on to basketball courts for a warm up. All done in cadence.

Mosey to Roundabout and spread out. Do as many reps as you can while PAX completes a round around the roundabout.

Mosey to Field of Pain.

Circle Up! Time for Deck of Death.

Each 2.0 draw a card from the deck and the PAX performed the number of reps based on the card.

Burpee Tag was next. If touched, drop and do burpees until unfrozen by a team member. Kids tag dads first then switch to dads tag kids.

Next up, Tug of War. We did various combinations here and everyone had a great time doing them.

Time to finish up at the Field of Pain.