Explorers out of time 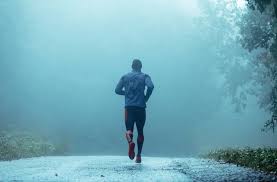 A beautiful Nature Coast spring morning with the perfect conditions for a mosey-heavy exploration at The Ranch.

5:30am arrived at the same time as Apnea, well done! YHC read off the 5 principles and gave the quick disclaimer and it was time to begin.

Pax went for a nice mosey to loosen up the lungs and the legs around the dog park and tennis courts and returned back to the basketball court for additional warm up.

In cadence, 10 of the following:

SSH
Arm circles forward and then backward
Tappy Taps
Wind Mill
Monkey Humpers
10 burpees – not in cadence (trying to help No-See-Um out a little, but it turned out to be more of a tease since these were the only burpees that made it into the formal BD due to time constraints)

YHC notified the PAX we would be participating in an exploration of sorts, starting with DORA based on the basketball court. PAX paired off to complete:
100 merkins
200 LBCs
300 squats
While one of the dyad worked on the exercises, the other moseyed around the dog park back to the basketball courts.
PAX did a great job crushing DORA and those who finished earlier encouraged the rest of the PAX, SSH/Plank/or Al Gore, or helped No-See-Um sneak in some burpees.

After a quick recovery and a 10 count, PAX moseyed out to Sunlake Blvd for the next round of fun.

PAX set and ready to embark on the next leg of the exploration… SmoggyDORA.
This one was based on the 14 light poles that line the east side of Sunlake between LLR Blvd and Nightshade Dr
PAX paired up with different partners from the first DORA set
While one HIM of the dyad moseyed to the next light pole and back, the second HIM exercised… when the first HIM returned, the dyad would advance to the next pole. The second HIM would then mosey to the next pole and back while the first HIM would exercise. Each time a HIM completed a mosey to the next pole and back the dyad could both advance to the next pole. Exercises as follows:
Poles 1-2, 7-8: Carolina Dry docks
Poles 3-4, 9-10: Leg Raises
Poles 4-6, 11-12: Lunges
Poles 13-14: ??? ← Unfortunately due to poor clock management by YHC we had to cut it off early.
We WILL finish all 14 poles in the SmoggyDORA sometime in the future, mark my words…

PAX moseyed back to the basketball court with the 6 in right at 6:15am, well done.

TAP for:
Health concerns including Apnea’s mom, Hitchiker’s M/soon to arrive 2.0
Urkel’s family regarding the recent loss of a family member
All of the 2.0s out there taking tests today and soon
TAP goes out to any I missed and any PAX who could not attend today or who have something on their mind but could not share today.