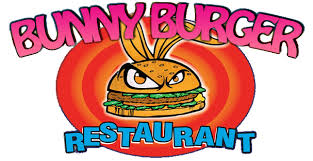 YHC was excited to be back in the gloom after being DR for a week (much needed but missing the beat down pain). Four PAX were ready to sweat on this muggy morning…

Mosey back to Terrazzo, all PAX line up for an Indian Run to Ballantrae with a burpee for the 6 before the sprint. Once we hit Ballantrae the Mosey was modified for 2 exercises at each Light Pole (both sides of street); MC x 10 and Peter Parker x 10 (hard for half of the distance then easy), as we passed in front of the school. Standard Mosey continued as we made our way to Lotus Park…upon arrival to the center green a Coupon could be found…

THA THANG:
Flippin’ Burger Indian Bunnies: The single coupon at the park was to be used by the group to complete a full distance FBIB. All PAX line up on their six with enough room for the block to be place in between each. The first PAX with the block then flips the block from one side to the other allowing the next PAX to grip and flip, this continued until it made it to the end of the line. All the while, each PAX that was not flippin’ at the moment did continuous Leg Lifts. Once the block made it to the end, that PAX would do a full flip then recover for a Murder Bunny all the way to the front of the line and back down on their 6, which would then start a new cycle of FBIB down the line. YHC called out a new exercise that would be continuously performed for times not flippin’ to cover all 6 Bruce Lee exercises.

Once we made it to the end of the grass line, all PAX performed Rosalita Wips IC (10 total). The cores were burning but the show must go on…

Recovery led to a brief mosey over to the large tables on the other side for the following:
Wingnuts – 10 the hard way (sit on table with legs tucked in bench, hands on chest, touch elbows to the table)
Creature Merkins (modified) – PAX plank facing bench seats, start with left angle Merkin, grab up to bench for a Derkin, back down for a right angle Merkin: Repeat 10 times…recover, back to the grass…

Cardio from one side of grass courtyard to the other, and back:
Sprint, High-Knees, Carioca (both ways)
20 dips on one end, Sprint to other, 20 dips, Sprint return

The return to the flag was a struggle as we must take the block back a long distance as a team = Indian Run with the leader of the line at the time carrying the block (any preferred way), the 6 completes a burpee before the Sprint to the front where a hand-off is made for the new leader to carry the block (all while still moving). We did this the entire way back from Lotus Park to the flag, great effort by all.

COT: Prayers went out for our brothers that are currently struggling internally with things that may not always be easy to share. Sometimes it can be difficult to be vulnerable and open up about what we are struggling with but to never forget to lean on fellow brothers, even when the support is needed outside of the routine gloom.

MUMBLE CHATTER: Some funny mumble chatter from this beat down as we discovered the one way to silence the constant breaking of wind from Chowdah, as is experienced most mornings = Haka threatening physical harm created an instant puckering which led to a peaceful and more aromatic beat down.