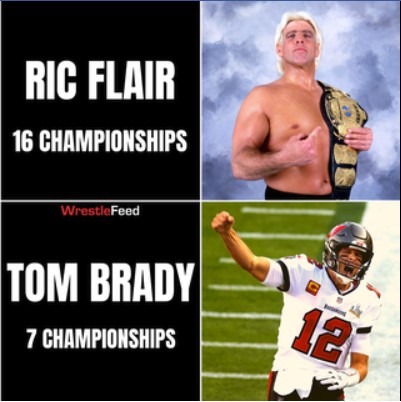 YHC was inspired by the NFL playoffs that are currently underway (Let’s Go Bucs) and decided to incorporate an NFL combine theme to this morning’s beat down. A great number of PAX attended with high hopes they may one day be a walk-on. After verifying no FNG were in attendance, a quick reiteration of our 5 core principles were stated.

To start things off a 2 count was started around the circle so that the 21 PAX in attendance were identified as a 1 or 2 (team).

WARM-UP:
SSH x 15 IC
Then the group was directed to grab their coupons and start a rifle carry to the Field of Pain.
Upon arrival to the field, an intricate lay-out of LED lit cones were spread across the field (some thought they had arrived to a landing strip).
The group ran to the far end of the line of cones, blocks dropped, then directed to:
High-Knees – 20 yards (there and back)
Carioca – 20 yards (there and back)
40 YARD DASH to the other side of the field.

COMBINE COMPETITION:
Team 1 and Team 2 were separated by the line of cones that each signified a 10 yard marker (total of 50 yards from one end to the other). All team members must work together to complete a certain exercise at each yard line (the yard line signifies the rep count). Once the 6 is in, one member of the team runs out ten yards while another throws a pass (*Pass Attempt*). If the pass is completed then the team moves forward to next yard line, if it is incomplete then there is a team 5 burpee penalty prior to moving to next yard line. A touchdown is considered once a team goes up and down the escalating gridiron.
The Drive:
Endzone = Ladder Drills, in and out quick feet (15 feet in length) into a cone shuttle drill, 3 total (SSH waiting for 6). *Pass Attempt*
10-yard Line = 10 shoulder taps (hard) *Pass Attempt*
Broad Jump between the 20 and 30 yard lines
20-yard line = 20 squat jumps *Pass Attempt*
30-yard line = 30 LBCs *Pass Attempt*
Broad Jump between the 30 and 40 yard lines
40- yard line = 40 MCs (easy) *Pass Attempt*
50 – yard line = BLOCK TIME (total of 5 different block exercises x 10 reps each) shoulder press, swing, curls, berkin, pull-through (easy) *Pass Attempt*
Teams work their way back down the field to the Endzone.

This continues throughout the beat down with NFL themed music in the background UNTIL “whistles blows” for half-time. The second half is the same as the above except it now requires a 20-yard pass completion to move down the field without a 5 burpee requirement.

Fun beat down! Next time will try to bring more light as we had some close calls with physical harm to PAX from footballs in the gloom.

Mosey back to the court for COT: YHC provided a quote from Vince Lombardi for inspiration on the day – “The difference between a successful person and others is not a lack of strength, not a lack of knowledge, but rather in a lack of will.”  What inspires our will and what can we do to enhance it?

Prayers of appreciation for the opportunity to be part of this special group of men to help ourselves improve physically and mentally with the will to be positive forces for our family and society.