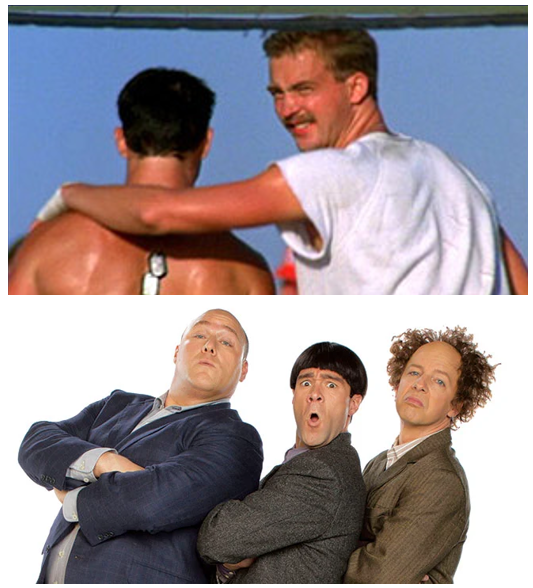 5 PAX posted for a relaxing and fun style beatdown as promised by YHC the night before.  With IPC in full effect many PAX have been pushing their bodies to the brink each week so a little break was in store for today.  A little run, a little fun, a little run and we are done.  Volleyball idea courtesy of a Tebow beatdown just a month prior.  The disclaimer was given and we were off…

Mosey to Ballantrae Volleyball court.  Stopping at every intersection and alternating squats and merkins while waiting on the six.  Once we arrived we performed the following:

Time for some 2 on 3 volleyball.  It was Maverick (YHC) and Goose (Anchorman) against the 3 Stooges (Ikea, Hooker, Polaroid).  Each game to 5 counting every point.  Losers perform 10 burpees winners alternated Squats X10 and Merkins X10.  Got about 6 games in before one PAX stated he had to leave early so we packed up and penalized him for cutting the games short with an icewater bath.

Mosey back to Terazzo FOP where Polaroid did his Irish Goodbye and we continued for the remaining 13 minutes as follows:

Gotta love a relaxing volleyball day I believe we finished tied at 3 games a piece.  Thanks to all that posted.  Some things that we learned today…